With the city's growth as an industrial center came a growing need for fire protection and early private fire brigades were set up in the city by manufactures to protect their facilities. The services of these fire brigades were made available to the public as well by the companies which had set them up.

The main incentive for establishing this service was the Great Fire of 1860 which destroyed most of the property on Main Street from Mill Street to Water Street on November 21 of that year.

These private fire-fighting companies were well established by the 1870s with fire houses, men in uniform, and up-to-date equipment. A horse-drawn Amoskeag Steamer (a steam-powered water pump) and its fire brigade were photographed in Laconia in 1875. In 1888, a photograph of a large fire company is notable for its two hose wagons and its hook and ladder.

Upon the establishment of Laconia as a city, the City Council as one of its first acts voted to have the Weirs firehouse built and that structure was complete in 1894. Fire brigades and, later, departments were called in by telegraph and, later, by telephone. In winter, equipment was placed on trains to get it as close to the fire as road conditions would allow.

It is worth noting that there were two major disasters in the early 1900s: in 1902 there was an explosion which destroyed the Masonic temple and the adjacent livery stable. On May 26, 1903, a fire destroyed Lakeport, with fire companies being brought in by train from as far as Dover, New Hampshire, to fight the Great Lakeport Fire. 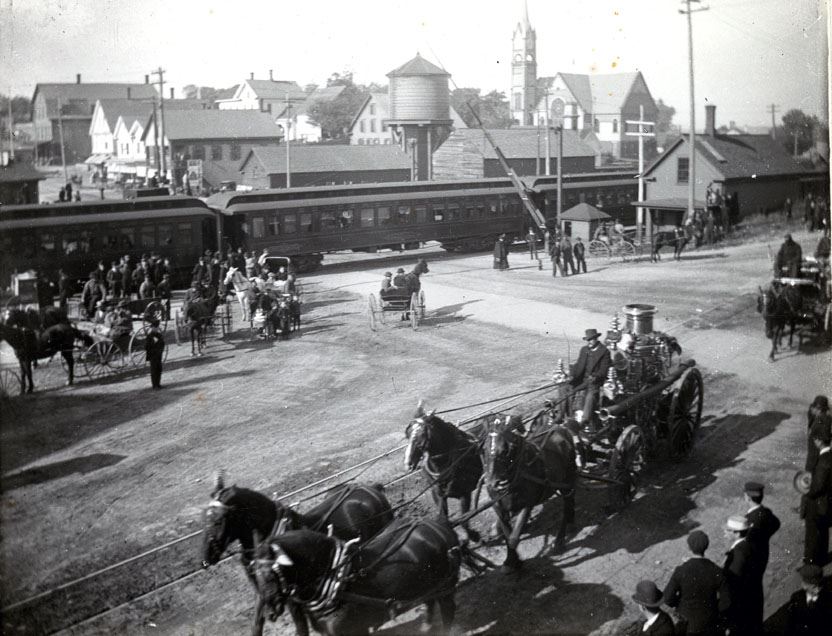 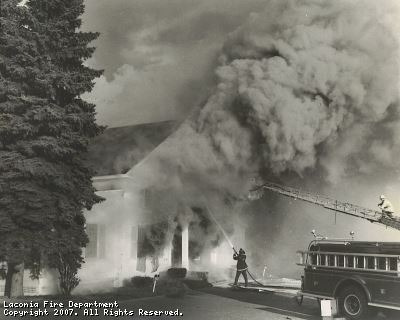 For more information about the History of the Laconia Fire Department, take a look at this document compiled by Chief Erickson chronicling the department's changes from 1788 to 2010.